Look at the headlines, and you would struggle to believe that the global economy is in good health.

President Donald Trump continues to fire off volleys in his inchoate trade war,

The Federal Reserve is raising interest rates, an activity that usually ends in a recession in America.

Tighter credit and a rising dollar are squeezing emerging markets,

some of which, such as Argentina, are under severe stress.

Yet the world economy is thriving.

Growth has slowed slightly since 2017, but still seems to be beating the languid pace set in the five years before that.

America may even be speeding up, thanks to Mr Trump's tax cuts and spending binge. 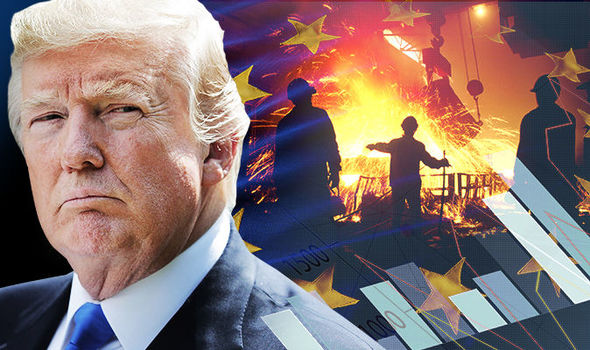 A higher oil price, which in past economic cycles might have been a drag,

is today spurring investment in the production of American shale.

Some forecasts have growth exceeding 4% in the second quarter of 2018.

This sugar rush, however, brings dangers.

The first is that it provides temporary political cover for Mr Trump's recklessness.

The second is that, if America accelerates and the rest of the world slows,

widening differentials in interest rates would push up the dollar still more.

That would worsen problems in emerging markets

and further provoke Mr Trump by making it harder for him to achieve his goal of balanced trade.