Hello, this is David Austin with the BBC News. The Venezuelan President Nicolas Maduro says an assassination attempt has been made against him involving drones carrying explosives. Seven soldiers were reported to have been injured in an alleged attack at a military parade in the capital Caracas. A little-known rebel group Soldados de Franela said its drones had been shot down before they could reach their target. Speaking on national TV hours after the incident, Mr. Maduro accused neighboring Columbia of involvement and allegation dismissed by the government in Bogota as baseless. There has been an attempt to assassinate me. I have no doubt that this all points to the extreme right in Venezuela in alliance with the right in Colombia, and that Colombian President Juan Manuel Santos is behind this attempt. I have no doubt. 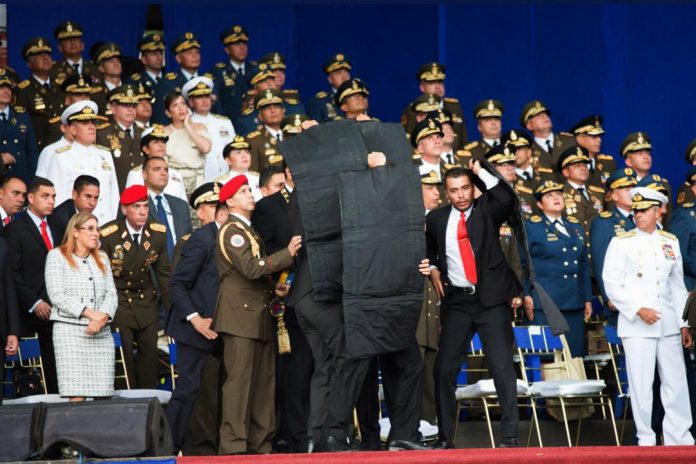 Hundreds of thousands of people in Argentina have marched through the streets of the capital Buenos Aires, urging the Senate to reject a proposal to legalize abortion. Paddy Maguire reports. "Save the two lives" has become a slogan of those Argentinians who reject the proposed new legislation to legalize abortion in the first fourteen weeks of pregnancy. Local media are reporting that more than half a million people gathered from across the country to make their voices heard ahead of the Senate's final vote on August 8th. They were responding to a call by an alliance of fifteen thousand evangelical churches and many Catholics, the country's predominant religion, joined the march to show their support. The Lower House of Congress already approved the measure in June.

Two wildfires in Northern California in the US have grown to cover nearly a thousand square kilometers. Meanwhile in Portugal, near-record temperatures are posing a serious challenge for firefighters still trying to bring a number of blazes under control. Alison Roberts reports from Lisbon. Temperatures across Spain and Portugal are again expected to rise to the mid-forties on Sunday, providing ideal conditions for forest fires. At Monchique in Portugal southernmost region the Algarve, hundreds of firefighters worked through the night but failed to bring a major blaze under control that has prompted the evacuation of around one hundred residents from this rural area. Shifting winds have made the operation trickier on already difficult terrain. Most of the country is set to remain on red alert until the end of Sunday. Temperatures may drop a little on Monday with the possibility of some much needed showers. This is the world news from the BBC.