In the U.S. this month, Americans are discussing whether 3D guns are legal.
Cody Wilson says yes. He first used a website to publish designs for a printable handgun in 2013. But the U.S. State Department soon ordered him to stop, saying the designs violated laws related to exports.
This summer, the two parties reached a settlement that would permit Wilson to publish the designs. But when public officials warned that 3D guns threatened public safety, a judge blocked Wilson until the issue could be discussed again.
Wilson calls his argument a First Amendment case. The First Amendment, part of the U.S. Constitution's Bill of Rights, permits Americans the right to most kinds of speech. Wilson believes it permits him to share the plans to make a gun with a 3D printer. 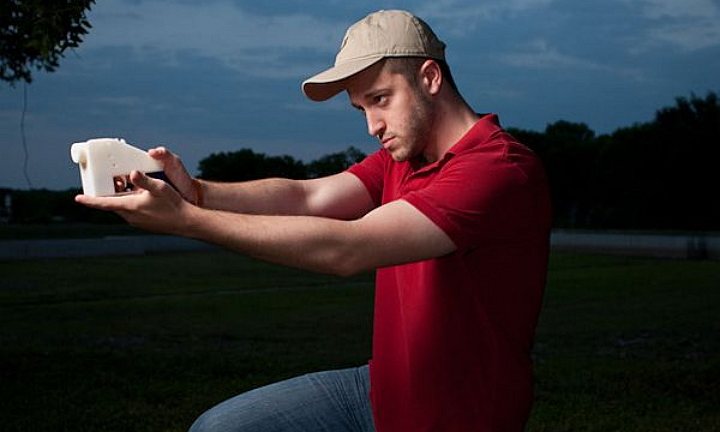 His lawyer, Josh Blackman, said, This is a very, very, very easy First Amendment question that I think people might be hesitant to accept because it involves guns and people don't like guns.
The federal judge who has temporarily blocked Wilson noted the case presented serious First Amendment issues. But Judge Robert Lasnik also said that guns made on 3D printers could create serious harm.
Critics of 3D guns say criminals or terrorists could easily create the guns and hide them. The New York Times newspaper notes they can be printed without serial numbers or government regulations.
In addition, all-plastic guns would violate a 1988 law called the Undetectable Firearms Act. That act outlaws guns that cannot be identified by a metal detector. Congress has renewed the act several times, and it remains in effect.
Even though Wilson's designs call for some metal, critics say a user could easily remove those pieces.
It's an absurdity. You can take the piece of metal out and put it back in at your own whims and you can take it out and walk through a metal detector undetected, said Jonas Oransky, legal director for the group Everytown for Gun Safety.
Wilson answers that he is not making an all-plastic gun. He is simply providing the information on how someone could make one.
The judge will meet with lawyers about the case next week.
U.S. President Donald Trump has also said he is thinking about the issue.
I'm Kelly Jean Kelly.